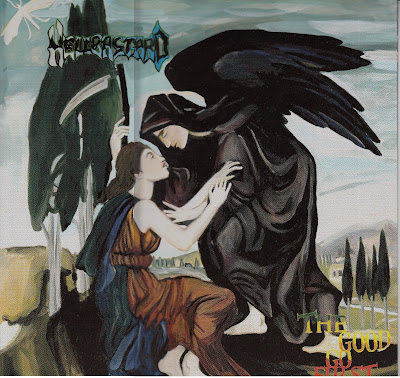 To say that I am a sucker for UK crust would be an understatement. Like any person with good tastes, I literally adore the old classic bands and am always looking for little-known recordings or interviews from that era. I discovered those bands about 10 years ago, at a time when the internet was still very much an abstraction for me and downloading music akin to witchcraft. I had read the name "Hellbastard" somewhere in a review and it immediately stuck with me because, when you really think about it, Hellbastard is a bloody great name for a band! Anyway, after hours of fruitless research on the web, I came upon the website of Acid Stings records and realized that they had a Hellbastard cd called "In grind we crust". The website was not updated and they didn't have many records to sell but I still sent them an email. Weeks later, I got a reply asking to send something like 10 quids through the post (I was living in England back then) and that's how I got my first Hellbastard experience. I didn't know it at the time, but all the so-called stenchcore bands were about to be re-discovered by a new generation of punks and bands inspired by that specific sound were soon to start playing, following the path that Hellshock had uncovered. A few years later, most of those old British bands would reform and a lot of their works would be reissued, but as I received Hellbastard's "In grind we crust" cd, I was pretty sure that it was a piece of obscure punk history I was unearthing and it is really one of the best thing to feel. 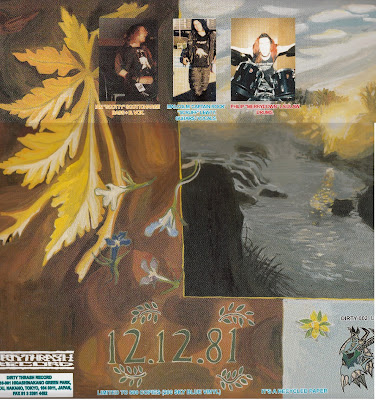 But enough cheesy memories for now and let's talk about Hellbastard. I don't think they need much of an introduction but for those of you who suck enough not to be into them, they were a metal/punk band from Newcastle who formed in 1984, took a great part in the original crust adventure, ended up as a mediocre thrash-metal band and disbanded in 1992. Along with Deviated Instinct (and, retrospectively, Axegrinder, although I don't think they were as influential back then), they were the band that really epitomized the crust genre, the shapes of which had already been moulded by Antisect and Amebix. From what can be gathered in "Trapped in a scene", they toured a lot and lived passionately for their band which is how it should be. They are also the band that coined the term "crust" in reference to the shitty sound of the guitar's pedal, hence naming their first demo "Rippercrust". 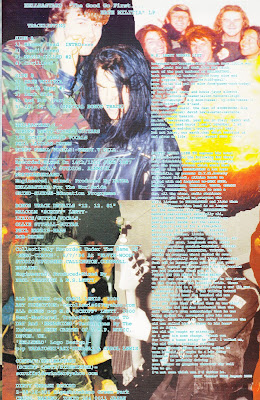 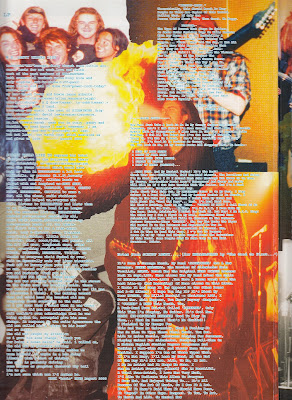 "The good go first" is a little-known record that was released in 2000 by a Japanese label called Dirty Thrash Records. If the record itself is somewhat obscure, the recording is better-known as it is nothing less than the "Hate militia" demo, originally recorded by Hellbastard in 1987, as well as one Nero Circus song, one of HB's guitar player Scruff's later bands. I think Agipunk is meant to reissue "Hate miltia" on vinyl with all the original artwork at some point but I don't know if this is actually going to see the light of day. This second demo is not as "famous" as "Rippercrust" although it had one of its songs appear on a Peaceville sampler ("Civilised?" on "A vile peace" which you can find on this blog). The sound is more bass-driven than on "Rippercrust" (which was all about chunky and filthy guitar) and on the whole it may not be quite as heavy. Saying this, don't expect a Buzzcocks cover band: it is still ripping, greasy, angry metallic punk with attitude (orthodox metalheads would say "shitty metal" but whatever...). The band had obviously progressed in terms of musicianship but the production isn't exactly flawless as the band had apparently fucked off to the nearest pub during the last stage of the production. While the drumming is just perfect on the numerous mid-tempo parts with a crude, organic yet energetic sound, on the faster moments it gets lost in the maelstrom of noise. Otherwise it is classic early Hellbastard: take the harder anarchopunk bands, Amebixes' sense of epics, the early thrash bands, Hellhammer's insanity, gruffy vocals and add some punk snot and dirt. A unique cocktail indeed. Some of the songs have spoken parts done by a female singer (like on the first Lp) that sound just brilliant and I just wish the band had done that more often. Lyrically, there are some serious political themes like opposing racism, the fate of Native Americans or the nazi death camps, as well as songs that reflect the alienation of everyday life in the Northern post-industrial wastelands. I wasn't expecting much from the Nero Circus song, recorded in 1996, but I was wrong and probably prejudiced as it is quite good. It reminds me of a grungier late Amebix, a little like Muckspreader maybe? Definitely worth checking out. 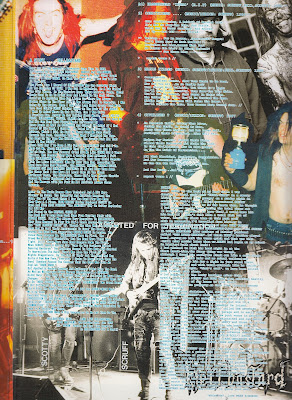 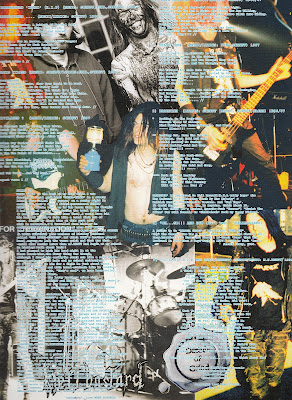 Depending on your artistic taste, you may find the aesthetics of the "The good go first" dreadful or brilliant. I am still unsure on which side I am. The cover could have been used for a heavy-metal band if it were not for the green, red and yellow colours at the bottom that are more reminiscent of the reggae world. The inside of the gatefold is much more interesting with a lot of old pictures of Hellbastard, all the lyrics, words from the members, a HB history, a testimony of the band's relevance written by a fellow called Mark and massive thank lists. It is a work of love and it does show. I am a bit more sceptical about the cover though! 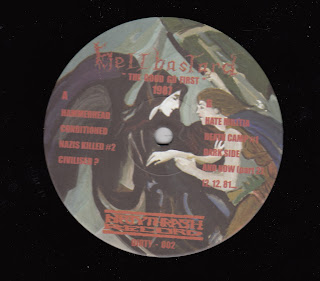 Posted by The Earslaughterers at 16:57