My internet connection has been down for the past 2 weeks, thus making it impossible for me to upload anything new on Terminal Sound Nuisance. Sorry for that. Hopefully it will be running again soon. I have more top notch records to rant about here and, with my connection broken, I actually took some time to turn some more vinyls into flacs and scanned covers.


Posted by The Earslaughterers at 18:23 No comments: 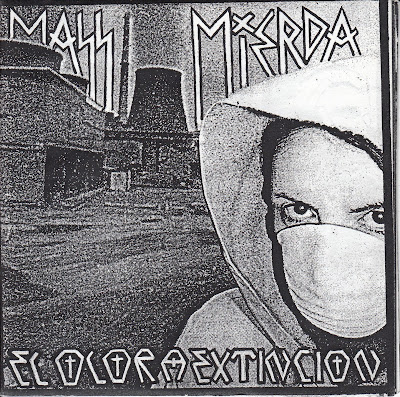 I know, I know, cdr's are uncool. They are so 2005, and quite literally since today's record was released on that very year. In those days, crust music still drew decent audiences at gigs and there were even a couple of genuine (if chaotic and sometimes a bit painful to witness, let's be honest) local bands in that genre like Décombres, Munda di Mierdo, Agonie or James Brown Hide Show. For some reason, bands from Spain, especially from Barcelona and La Coruña, must have loved Paris since they always played here. This has not changed so much as we still have a lot of bands from that part of the world coming through our dogshit-stained city. Mass Mierda should have been one of many bands rocking out and beating the almighty "D" in the mid 2000's but they never actually played although they were indeed all present. I cannot remember exactly but because of some gear or venue trouble they ended up not being able to play. This kind of things used to happen and that didn't keep everyone from having a good night chatting and generally having boozy fun. Despite them not playing, I nevertheless got their demo (and, obviously, a patch) which is, you've guessed it, "El olor a extincion". 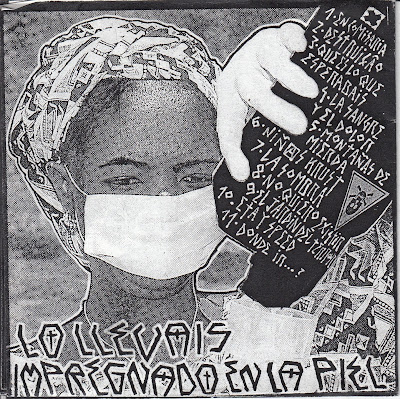 Mass Mierda were from Barecelona and included members of Ekkaia and Madame Germen (who were from La Coruña so I am sensing a East/West Spanish tag team here!), two bands that had already played in Paris and whose members formed other bands (Hongo, Leadershit, Cop On Fire and more recently Ursus) that also had or would play in Paris later on. Actually you can hear similarities between Mass Mierda and the Cop On Fire sound. It is rocking, simple, heavy, guitar-driven, first-raising crusty hardcore-punk. I suppose Mass Mierda, with their dual vocal attack, were closer to classic 90's eurocrust than all the aforementioned bands, although some epic guitar leads (that are not so far from Japanese hardcore actually) instantly give away the connections of the band. Fortunately, Mass Mierda never fall in the "we want to be Tragedy so bad" trap that was so common at the time. The sound is pretty good too, with a beefy production, and you have no less than eleven songs on the demo. But the main strong point of that record might very well be its DIY-ness and the artwork.

Sadly, because I am a useless bastard, the thick booklet that came with the cdr is not in the right order so that, basically, the lyrics in Spanish on the left don't fit with the English translations on the right. I really hope I will be forgiven for this horrible mistake. All joking aside, the band really put a lot of effort and thought in the layout and in the cut'n'paste pictures they have selected in order to create meaning. In a word, it looks absolutely brilliant and it shows that you can make a proper record with a cd burner and a xerox machine. If record-releasing bands did booklets that look half as good, I would be a happy lad indeed. Lyrics are aggressive, snotty and political in a "punk-squatters-fucking-this-world-of-shit-up" way and I'm fucking loving it (poisoning the champagne and caviar of the rich? Let's have a go!). 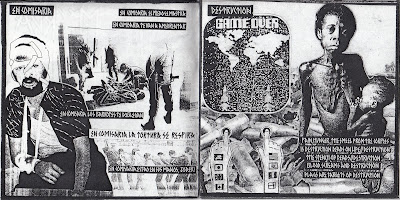 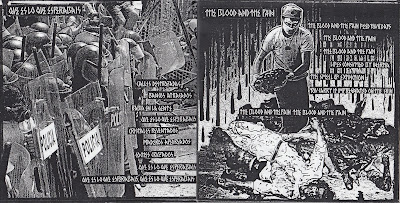 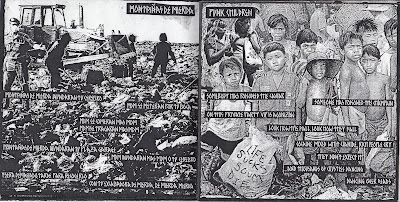 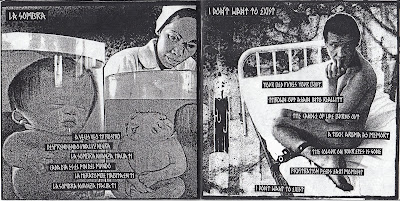 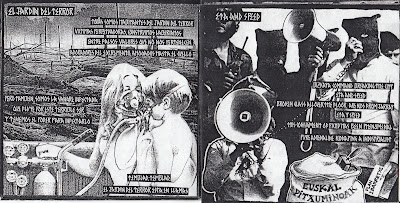 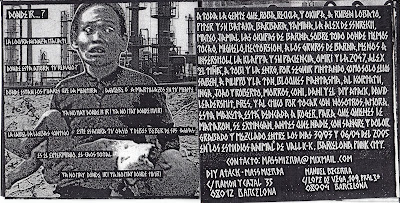 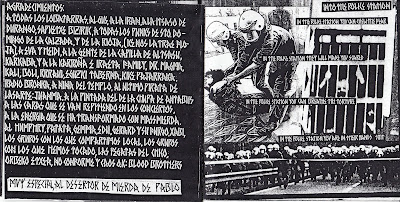 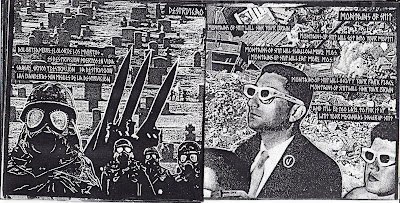 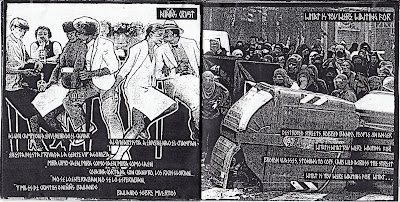 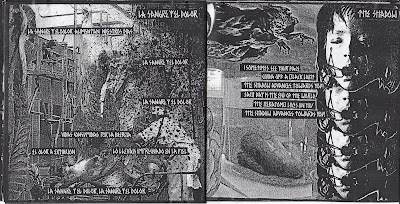 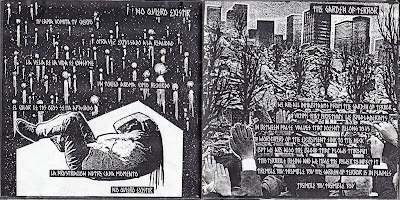 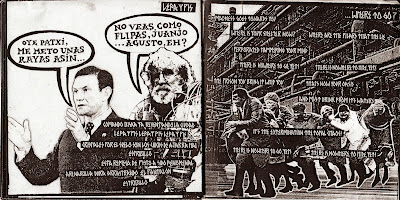 If you are invited to a posh party tonight, I suggest you play this record very loud and headbutt anyone trying to play electronic music instead. 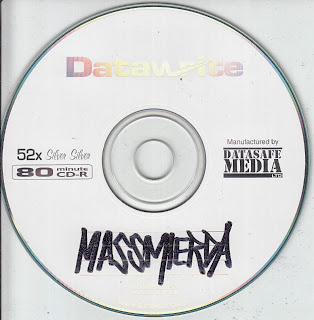 
Mass Mierda!
Posted by The Earslaughterers at 18:14 5 comments: