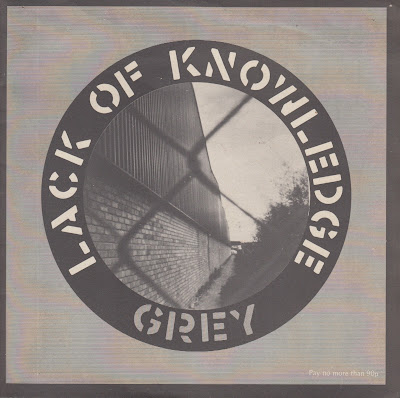 This is 121984/6 and the very best instance of a postpunk-sounding anarcho band. Despite the claims that anarchopunk bands all sounded and looked the same, a mere glance at Crass Records' discography prove them wrong. To be sure, not everything Crass put out was that great (I actually find some releases pretty horrendous). However, there was definitely variety, weirdness, artiness, conceptualization, originality. While some of the records had more of an all-out-bollocks, spiky-haired, angry-young-and-poor feel to them (Anthrax, Conflict, Dirt, Peni even), others clearly sounded more like the works of "real" artists who were bent on creating innovative, subversive art, but they were all part of the anarchopunk world nonetheless. To me, Lack of Knowledge is the perfect compromise between both. 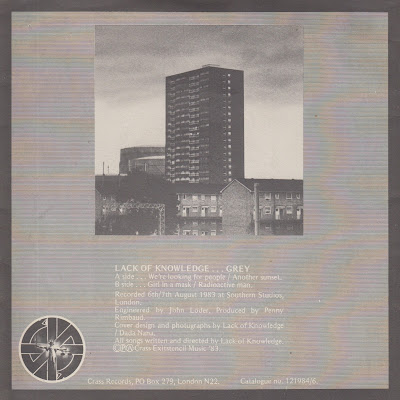 Lack of Knowledge formed in 1980 in Edmonton, London, but the group of people that made up the band had been playing together for a few years before that (apparently they had called themselves "Trio of Testicles" at some point which always makes me giggle) and vocalist Daniel had even been part of the original 1977 punk wave with Headache. This may have set LOK a little apart from their anarcho peers since they did not start off with the idea of emulating Crass music and ideas. Indeed, their connection with the anarcho crowd had more to do with chance and opportunity rather than real design (they gave a copy of their first Ep to Penny Rimbaud while drinking tea during a visit at Dial House basically) as the band was keener on spreading their music rather than looking for a record deal. The first LOK Ep, entitled "The uninvited/Ritual" is a bit of an odd one to be fair. The first side, with the song "The uninvited", was recorded in March 1981, while the other, with "Ritual" on it, was put to tape almost a year later, in January 1982. The sound is pretty raw on both sides so that the time gap is not so obvious on that level, however it is a different story style-wise. "The uninvited" sounds like a classic 1977 song and could have been lifted from a forgotten Buzzcocks demo (incidentally two members of LOK, Tony and Philip, would end up in the Mancunian band in the early 90's). "Ritual" is actually closer to what LOK sounded like during their anarcho odyssey - you can recognize Daniel's voice, though it is certainly not as deep yet. It is a song heavily influenced by early Joy Division or Warsaw with an obsessive bass-line and an overall dark mood that would be found in their subsequent Ep and their Lp. 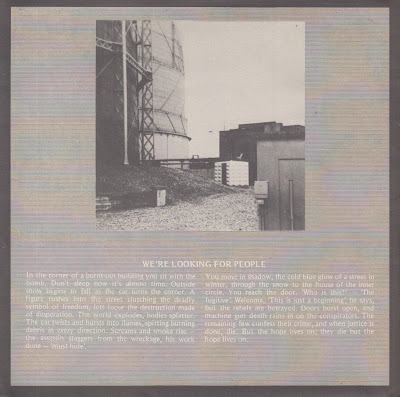 Apparently, "Grey" was one of the least loved releases from Crass Records among the anarcho public, although it is objectively, without the shadow of a doubt, one of the label's best. In fact, I would argue that, had it been released on a respectable record label (meaning a decent money-grabbing commercial structure), "Grey" could have been a mainstream hit. The single came out in late 1983 between Crass Records' sole hardcore venture, MDC's "Multi Death Corporations", and the "You're already dead" Ep by you-know-who. By that time, the second wave of British punk-rock was fading fast and the softer tones of new-wave and postpunk music were all the rage (either that or the incubating heavy hardcore scene). I am certainly not saying that LOK would have even considered embracing a mainstream success as they were a fiercely independent band with a lot of integrity, but in terms of music strictly-speaking, "Grey" could have been a heavy-hitter.

I suppose LOK were seen as "not punk enough" for the anarcho brigade of the time who were expecting straight-forward punk music rather than Joy-divisionesque music, although I am not under the impression that bands like Zounds or The Mob - who were also flirting with "postpunk" whatever you want that awful term to represent - experienced such troubles then. LOK's new-wave influences were certainly more obvious than in other bands (I mean, there's fucking synth on "Grey") but a lot of anarchopunk bands from the early to the mid 80's also used beats and tones, to varying degrees, that belonged to that trend so LOK were not completely out of place either. It may have sounded too musical to some ears perhaps. 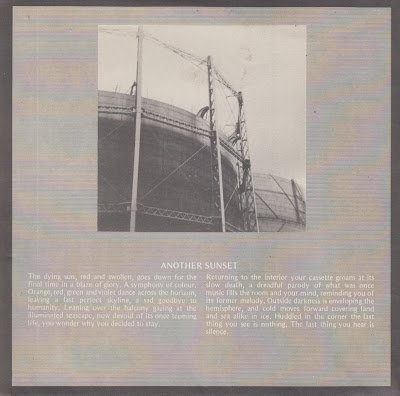 But the LOK-hating punks were wrong, because "Grey" is undeniably a fantastic record. The first song "We're looking for people" is an instant hit with its simple and yet compelling and haunting opening riff, its catchy, danceable mid-tempo beat, the impeccably driving bass and the deep, frontal voice that tells the disturbing story of a terrorist who plants a bomb and then gets murdered by the police (some IRA reference probably?). At some point, the song bursts into a faster, paranoid-sounding phase, driven by a typical Crass rhythm on the drums before going back to the deceptively comfortable first part. Behind the rather enigmatic title "We're looking for people" lies one of the very best songs ever released on Crass Records. The following number, "Last sunset", reeks with the Cold War-induced fear of a nuclear war but, instead of anguished screams, you hear a rather postpunk song, synth-driven and almost soft, despite the obvious tension of the theme. "Girl in a mask", a Joy Division-meets-Killing-Joke number, is yet another bleak story about a girl working in a laboratory that makes cosmetics and a boy working in a weapon factory, both of them subservient and oblivious to the reality of their employment and the terrible fate that awaits them - death and homelessness respectively. Finally, "Radioactive man" is the post-apocalyptic tale of a contaminated man who, after a nuclear war, manages to get into the nuclear shelter of the elite and kill them all with "one radioactive glance". This last song is the other highlight of "Grey" with its solid tribal beat and its almost incantatory, psychedelic tone. 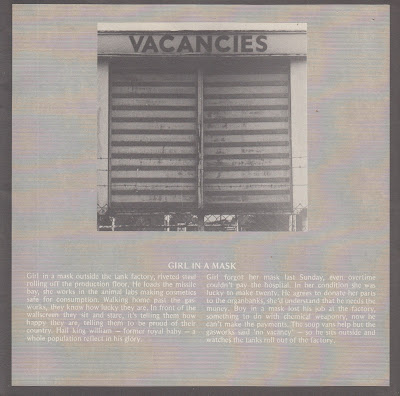 The quality of the singing throughout these four songs is upstanding, with a voice really deep and moody at times and almost uplifting at others. Despite being produced by Penny Rimbaud, the sound is not as harsh as on other Crass Records as it maintains a certain roundness and thickness but still sounds punk enough. Visually, "Grey" is also not exactly your usual anarchopunk records as the gatefold is made up of pictures of bleak, sometimes derelict, apparently empty urban buildings. The artwork relevantly conveys the sense of alienation found in modern cities with their inhuman urban planning that seem almost unfit for organic life. After this Ep, LOK did a full Lp, "Sirens are back", for Corpus Christi in 1984. I think the Lp has a few fillers (or there are some songs that I have troubles relating to if you want the polite version) but it still contains some genuine hits and is top of the shelf postpunk-inspired anarchopunk music. 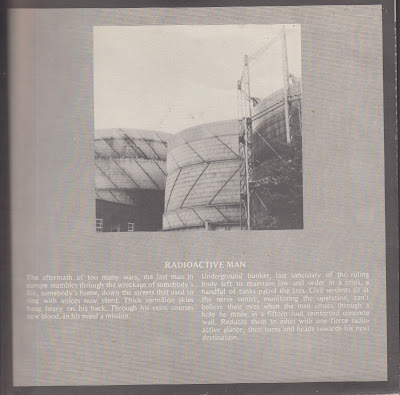 Now, I don't know if any of you noticed but the bands I covered in my last three posts, Rudimentary Peni, Omega Tribe and Alternative, like Lack of Knowledge, all did an Lp on Corpus Christi after having an Ep on Crass Records. Corpus Christi was an offshoot of Crass Records that was created for two main purposes. Since bands were meant to do just the one record for Crass (there are a few exceptions to that rule, like Dirt or Hit Parade), the sublabel was founded to allow them to continue releasing. Also, the bands did their record deals directly with John Loder from Southern Studios which meant that there was less involvement from Crass and that Penny did not have to produce the records. It is actually interesting to compare the Crass Records release and the Corpus Christi one from the aforementioned bands in terms of sound production. While the Ep's on Crass very much sounded like Crass records on the whole, I feel the bands had more liberty on Corpus Christi and could actually get the sound they really wanted (or at least try to...). And let's face it, "Death church", "No love lost" and "If they treat you like shit, act like manure" are all genuine punk wonders. 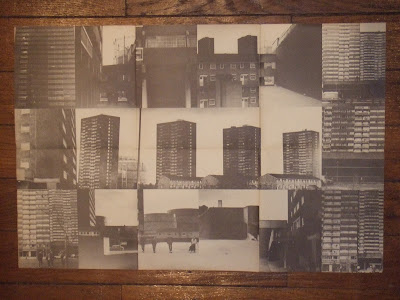 After "Sirens are back", LOK released the "Sentinel" 12'' in 1985 that saw them getting further from punk and they split the following year. Following the demise of LOK, Philip joined the Stratford Mercenaries and the Buzzcocks alongside Tony, who also got to play with Alternative TV and Chelsea. There was a brief reformation that got the band to release a new Ep in 2004, as well as reissue their records from the 80's, and to play in America. It's never too late, right? 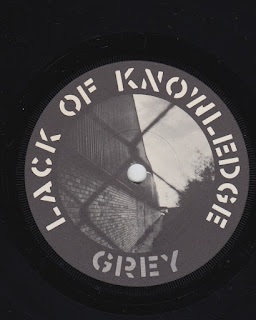 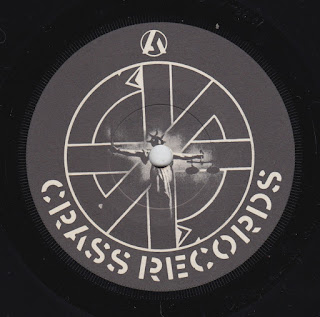