Ashes to ashes, crust to CRUST: an introduction

Alright then. Let's dive into it again, shall we?

This new series will be a little special - if not peculiar - to write and there is a chance I end up starved and delirious before the computer screen, mumbling like a madman in search of some unreachable truth that only really exists in the platonic realms of ideas. Thank fuck my meds are still working so far.

"Why?", I figuratively hear you ask. "It is only, and, may I add, yet again, you unoriginal, redundant sod, a series about bloody crust music! How difficult can it be? It is all growls, cheap metal riffs and pseudo apocalyptic lyrics anyway". And sure, imaginary antagonistic reader, you are not completely wrong and if I had earned one euro each time I mentioned Deviated Instinct, Amebix and Antisect on Terminal Sound Nuisance, I would be a wealthy punk (but let's face it, I would have used the money to buy even more records). Only this time, there is a twist, my unperceptive friend. The series will not be place-based, although it will indeed be time-framed: a selection of 13 crust recordings released in the past five years. An ambitious, crust-hungry endeavour, you will agree. As for the 90's crust series and the Japanese one, "crust" is here to be understood as a vibe, tension and mood rather than a strict set of musical elements or a "to-do list".

The scope of the, admittedly rather hackneyedly-named, "Ashes to ashes, crust to CRUST" series will be international, meaning that 12 countries will be represented in the 13 posts (yes, I could not decide which of two records to pick in one particular instance so I basically took both...). This obviously implies that the series will not be a top 13 list or a ranking. I did not select the 13 best crust records released between 2012 and 2017, although I firmly believe that they are all strong works. Rather, I subjectively picked records that I find interesting or meaningful in some important ways and, as usual, would be fun to write about. As for the timeframe, well, I don't have a logical explanation for that other than a five-year old record still feels new to me (or, if you like, are not old enough to have a serious analytical grasp). And I started the blog five years ago. Yay. Yolo.

The enterprise is tricky however. Terminal Sound Nuisance has never been about new or even recent records, not because I dislike contemporary punk music or idealize "vintage", "old-school" acts from "back in the day", but because it is always extremely difficult and slippery to write about a record (or any artistic production I suppose) without the benefit of proper perspective and hindsight. There have been few exceptions (like Cancer Spreading, Grind the Enemy or more recently Asocial Terror Fabrication) and I had never really thought of writing about recent records because I consider the task a little superficial in essence. How can you rate and analyze contextually a record when you are in the heat of the moment? How can you know how it will age and how it will be thought of in 10, 15 or 20 years? I distinctly remember people (myself included) raving about how classic and crucial a record was upon its release and then, not even three years later, said work of genius remains unlistened to and popping up in £2 record bins. I would even tend to think the consumeristic, attention-lacking web 2.0 culture has exacerbated that tendency to embrace and discard a record in the blink of a click and the defiance towards anything "wordy".

Despite my original reluctance to deal with new, I have always seen the reviewing of novelties as being necessary and playing a significant part in promoting the DIY punk scene and its productions and also, perhaps more importantly, in creating and nourishing a continuous critical discourse about the music we love. With fanzines tragically becoming few and few - and let's be honest, they were the main purveyors of new reviews for years and strongly participated in the making of a specifically punk critical voice of our own art - the proper analysis of punk music is slowly becoming the exclusive domain of self-proclaimed punk experts (not an attack on anyone, but let's get real) while the first contact most punks have with new recordings is through youtube, usually utterly deprived of any relevant information and critical comment (and no, writing a mere "Fucking brutal" in the comment section does not count nor does liking the video).

I am not saying that people no longer review punk records and I do read smart things about new bands, but I feel it is not quite enough and maybe the time has come for me to contribute something, even modestly, and try to think critically about new, current, active bands. Besides, it will be the perfect way to get free records and shirts or even just a free beer (though I would be pretty upset if I only got one). Of course, most of the records I will rant about are still available and most of the bands are still active, so I strongly encourage you to support the bands and the labels in any way you can, by getting the records or going to the gigs or playing them at a radio show or at your gran's birthday party. 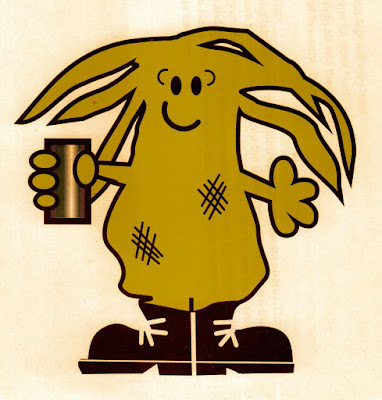 Posted by The Earslaughterers at 16:57 5 comments: