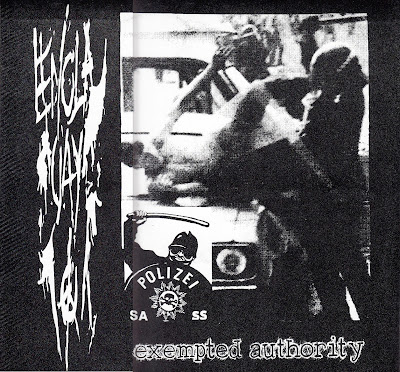 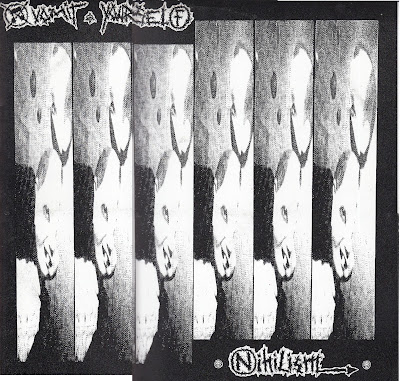 France is not exactly renowned for its crust bands. Crust is almost like marmite or cheesecake to us: we just don't seem to really like it. And it is not just crust actually, anything Discharge-influenced is pretty much absent from the French punk scenes until the 90's (with a smashingly great exception but that's a story for another day). Of course, there have been bands doing the crusty style throughout the years but, in my opinion, as sincere and genuine the people involved may have been, nothing really spectacular came out of them (and I include bands I have played in of course). With one remarkable exception: the Enola Gay/Vomit Yourself split Lp, which is probably the best French crust record ever.Both bands were from Auch, a small town in the South of France with 20.000 inhabitants, not far from Toulouse, but still far enough to be considered as sitting in the middle of nowhere. And yet, despite its geographical location (or maybe thanks to it, who knows), Auch was the French crust capital in the 90's and is still producing new crusty bands today (Violent Grannies). What do they put in the water in Auch? I don't have a clue, but it must be pretty strong.

Enola Gay was the first band - to my knowledge - of a long series to do the crust. They have actually been quite prolific over the years with two split Lp's (this one and another one released the same year with great anarcho-hardcoreros Coche Bomba), one Ep, one split Ep with Vivisection from Japan and a split tape with fellow countrymen Spasm. Enola Gay started off with a drum machine (their first record, the Ep, was done with a drum machine) around 1992 I would guess and they kept going until 1996 when some members of Enola Gay formed Disbeer while the remaining members along with people from Vomit Yourself, started Sickness (small scene, right?). Despite their - very - sloppy start, Enola Gay is my favourite Auch band. If someone ever asks you to define what 90's European crust music sounded like, just play their side of this split Lp and you won't have to say anything. They have just the perfect sound for the genre, heavy, beefy, effortlessly powerful and aggressive. The drums are pummeling and punchy, quite like Hiatus' drumming really, the vocals are gruffy but never feel contrived, the guitar is thick in an Extreme Noise Terror way and the bass leads the way it should. It is really top-of-the-shelf crustcore, up there with the aforementioned Hiatus (undeniably the kings of the genre), early Doom, Subcaos, Toxic Bonkers, early Disrupt and MVD. 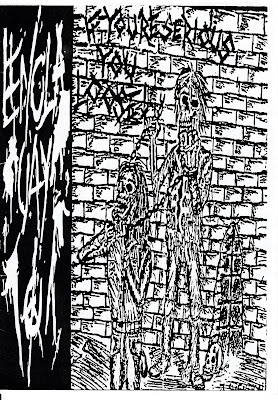 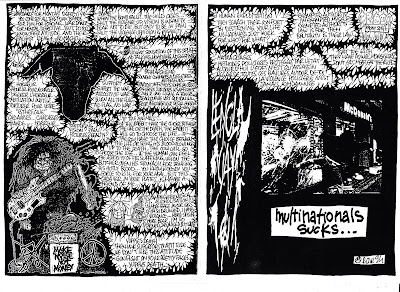 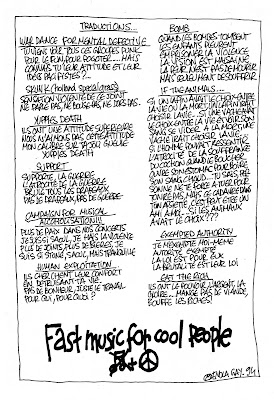 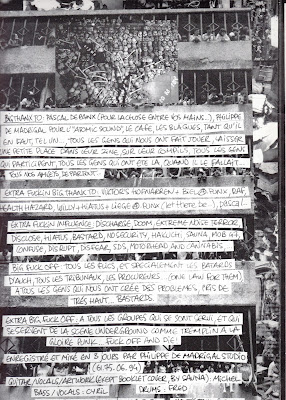 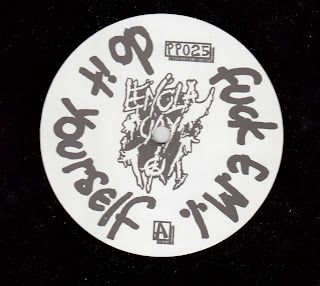 On the other side you will have to survive to Vomit Yourself. French punks love vomit (see Vomit for Breakfast or Ultra Vomit for instance), especially the punks of the grindcore-loving variety. Contrary to crust, France has never been short of grindcore bands and although Vomit Yourself is not a pure grind band, they use enough blast beats to be approached in this light. In fact, if that friend of yours, the one who asked about eurocrust, ever wants to know what grind/crust could sound like, don't bother with a lengthy explanation and play the other side of this record. Vomit Yourself retains some similar 90's crust elements to Enola Gay but with a large dose of old-school grindcore (think early Napalm Death, Agathocles or Rot). There is also a Sore Throat vibe for the sense of humour (and a few nods) and at times Electro Hippies are not too far off the picture either. It is fast, really fast, on the whole but the bands also have slower, heavier moments that are not dissimilar to early Dystopia or Eyehategod. Like on the Enola Gay side, the sound is punchy and will make your dreadlocks grow instantly. 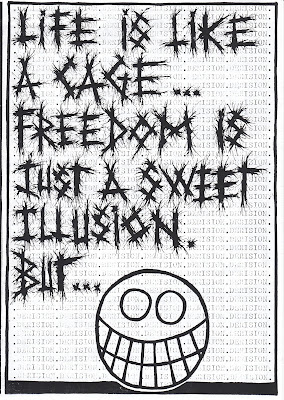 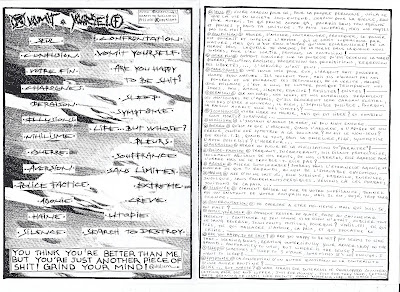 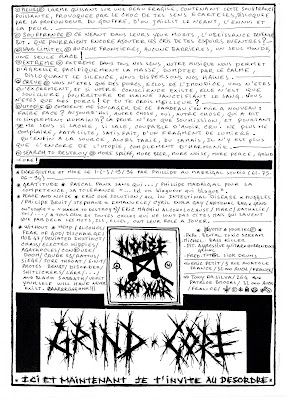 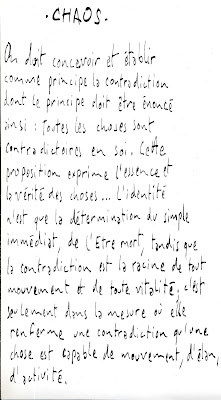 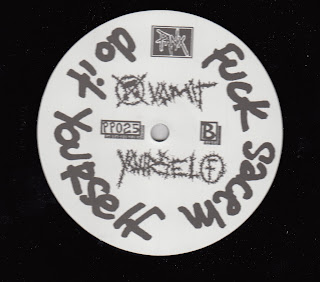 There is a great-looking punk as fuck booklet included with the record with all the lyrics and translations, cheesy crust art and pictures. You can see that this is a DIY production done with heart and guts, with a lot of effort put in the visual aspect, something that is often cruelly missing today. The lyrics are fairly direct and political (anti-multinationals, anti-pigs, anti-rich, anti-vivisection and so on) but there are also a few drinking and partying anthems as well (Enole Gay covers "Banned from the pubs" if that's any indication of their love for booze). This Lp was released on Panx Records, a label from Toulouse that was very active in the late 80's and throughout the 90's and was responsible for excellent Ep compilations that promoted local and worldwide DIY punk-rock with bands as varied as Antidogmatikss, Ghradanskaya Oborona, Beyond Description or Valse Triste, and celebrated musical diversity by releasing grindcore, crust (Primitiv Bunko, Disbeer) as well as melodic hardcore (Greedy Guts) or old-school punk-rock (Légitime Défonce).

A great, unpretentious record for lovers of good crust and good grindcore, but above all, for lovers of music with a PUNK attitude. No technical bollocks, just hard-hitting fast punk music. And the best thing is that 90's crust is so unpopular currently that you will able to find this one for less than a fiver.

PS: special thanks to Manu for recommending that brilliant record.
Posted by The Earslaughterers at 16:49