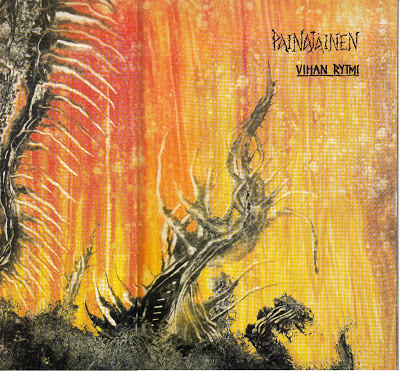 This Lp is a bit of a mystery to me and, to be honest, I am still unsure about the correct approach to adopt for this one. Contrary to some good mates of mine, my knowledge of Finnish punk is hardly encyclopedic. But I am fine with my limitation because, from my experience, the more you get in that genre, the nerdier you become and the more you try to speak Suomi (and let's face it, unless you are a Finn, it will be a long and sloppy stutter). This said, there have been some absolutely cracking bands there and their number never fails to amaze me. From here, it seems that all punk subgenres is well represented in the global Finnish punk scene. All but one, that is: there are almost no metal crust bands. You do have that excellent Absurd Attitude Ep (definitely one of the best Ep's of the genre in the 00's) and Wind of Pain did add some metal to their crustpunk (but then, as much as I like Wind of Pain, they never really had that filthy, dirty sound and apocalyptic atmosphere you would expect). To make things more complex, the only Finnish Lp that would fit in the "early CRUST" category was recorded in october of 1986, after Antisect's "Out from the void", Sacrilege's "Behind the realms of madness" and Amebix' "Arise!" but before Hellbastard or Deviated Instinct's first records (and around the same time as their first demos). A mystery, I told you! 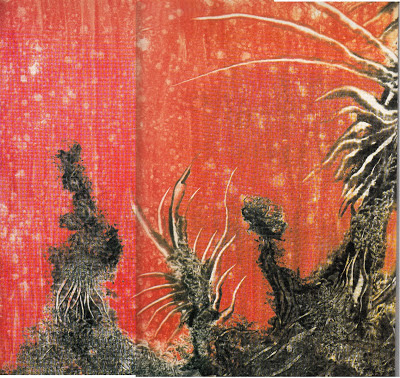 From these observations, one may imagine two possibilities. Either Painajainen made their own blend of punk and metal, unaware of the English crust recipe of the time (not completely unlikely, as Painajainen originally played rather classic Finnish hardcore before taking the metal road, which was a fairly common thing in the early crust punk scene) but getting into metal nonetheless through bigger thrash metal bands or whoever; or, they were really into Antisect and Amebix to begin with and, upon hearing their new works, thought: "fuck me! That's fucking brilliant! We should write some songs like that, but with more echoes in the vocals and sung in Finnish!". Wherever the answer lies, one thing is for sure: "Vihan rytmi" is a tour de force. Although you could hear influences from aforementioned founding bands if you really wanted to, Painajainen managed to record an Lp that doesn't really sound like any other bands but still makes a lot of sense when seen as a crust (or even protocrust) record. 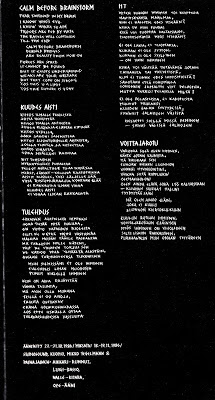 The sound of this Lp is strikingly good. While a lot of early crust records suffer from bad production and/or limited musicianship (but that's part of the genre, innit? Punks playing rough and angry metal), the sound here is excellent and focused. Not unlike "Arise!" (and sadly, unlike "Out from the void"), "Vihan rytmi" is well recorded, definitely not overproduced but exactly as it should be. The sound keeps that cloudy, mysty quality that can work so well for apocalyptic crust bands but remains very heavy and raw, in an almost organic fashion. Here, heaviness is not an objective or something to attain. Painajainen sound like they are effortlessly heavy. Heaviness as a second nature. The music is bass-driven and slightly distorted. The guitar has this dark and filthy metal texture but is not too low or heavy (it brings to mind Amebix or Nausea on this level). While not as well recorded as on "Arise!", the drumming is on a par with the other instruments and has this typical earthy crusty feel, it is a proper beat, almost anatomical. There are two singers here, both with a specific singing style (or it could be the same geezer doing both although it is terribly bad taste). You have the low, angry, aggressive and raucous voice (strongly reminiscent of the Greek Greats like Chaotic End, Forgotten Prophecy or Panikos) layered with a much more melodic and sung voice that sounds eerie, dramatic and a bit sad as well (Döm Dar is not too far off the picture). That's for the form. 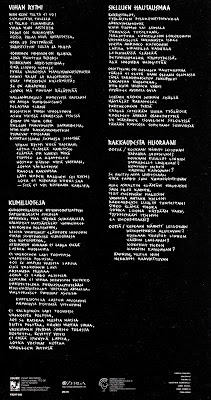 Like a lot of the genre's early years, there are all kinds of tempos on this record. Whereas current bands fall too often in the "let's-play-like-BoltThrower-but-with-a-dbeat" trap, Painajainen ranges from fast and hard-hitting with a tasteful touch of double-bass drums to compelling tribal-sounding drumming patterns that point in the Amebix direction (yes, I earn 1 euro each time I mention them, so what? Times are tough, right?) or even postpunk bands. In that respect, the title of the album, which translates as "Rhythm of anger", is a fitting match to the breathing of the music. The riffs too have a rhythmic dimension, a sense of direction and never succumb to the cheesy metal temptation. You will, of course, find dirty and slimy guitar parts encrusted in these rythmic, epic, tribal riffs, both emphasizing each other (the same thing could actually be said about the vocals). Painajainen were clearly ahead of their time and one often has to use anarchonistic references in order to describe their sound. It brings to mind the epic world of Amebix, but also Panikos' song-writing, some of Nausea's slower moments, Misery's heavy and chaotic anger, Döm Dar's mid-tempo number, Hellbastard's snotty catchiness, Axegrinder's sense of impending doom... But for all the comparisons, there remains the fact that this is a, truly, unique Lp, one that you can recognize instantly and one that is able to escape easy and lazy comparisons (like I just did). 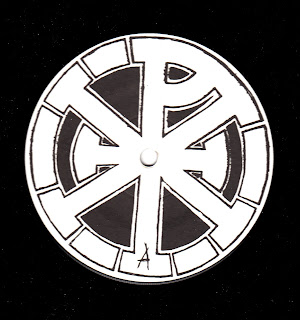 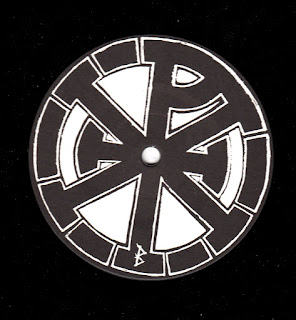 In the end, this is a fantastic Lp that should be up there with the crust canon and whose absence can only be explained with the year of its release: 2003 (sadly, the inserts were not included in my copy so I haven't been able to read the band's history and the lyrics yet so I am not sure if there was an original 80's pressing of this baby and Discogs seems to say that there wasn't one). Though recorded in 1986, it seems that it took 17 years for this record to see the light of day (dark of night would be more fitting). Three Finnish labels were involved in this epic endavour: well-known Fight Records (responsible for records from Kaaos, Riistetyt, Tampere SS or World Burns To Death), Zerga Records and Kämäset Levyt (tons of records released since 2000 from Diskelma, No Rest, Sotatila, 1981 and even Oi Polloi). The record comes in a gatefold with the first Ep included as well (I decided no to include it in the file). The music of Painajainen is the most beautiful nightmare I have ever had (witty me as "painajainen" means "nightmare"). The artwork however is closer to the worst ones I have had. I don't question the skills of the artist but let's say that I wouldn't have picked these colours. Sadly, in a world based on superficiality and where accurate yet empty references seem to prevail, an ugly cover will often mean that your record will be left to rot (a theory that doesn't apply to Japanese punk bands). But enough negativity and enjoy this original and hearty slice of CRUST. 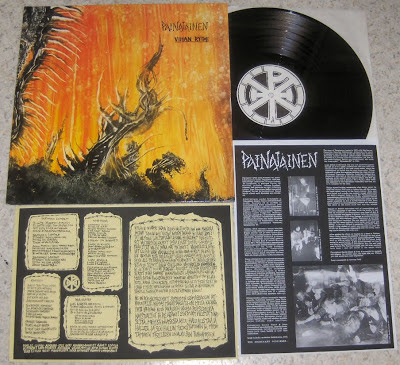 Rhythm of anger
Posted by The Earslaughterers at 16:38