It is well known that punks like a drink. More like two, generally. And sometimes far larger numbers of drinks, oftentimes odd and objectively disgusting ones. When I was a teen, we would drink copious amounts of atrocious beverages, not because we were fond of the taste but because they proved to be cheap ways to get hammered and ensured that you completely forgot to check out the touring bands. I did miss From Ashes Rise in 2001 (I think?) getting pissed with my friends on cans of shitty lager right in front of the venue. Our tipsy selves just could not be arsed, but, to be fair, we were heavily into "streetpunk" at that time and so were not particularly impressed with the idea of seeing a "hardcore band" with a strange name so I suppose we would not have got much from the gig anyway. Abominable "cocktails" we would often gulp down included the popular calimucho, the cheapest red wine mixed with the cheapest cola, to be served lukewarm in a plastic bottle that you would pass around, and the not so popular (for good reasons) moloko, probably the king of shit drinks, a mix of the cheapest rum with milk and sugar. Needless to say that your bowels, not to mention your sanity, strongly disagreed with such unfair treatments. How many top bands did I miss because of such liquid horrors? I'd rather not know.

Punks' enjoyment of booze is often reflected in the bands they play in. We all remember gigs where the guitar player was too pissed to remember how to tune the instrument (assuming he usually tuned it) or even stand or where the singer gracelessly fell on the drum kit in the middle of that good mosh part. But bands are also keen on paying tribute to the rather questionable habit of drinking too much in the very name of the band. Like Alement for example. Is "alement" a good name? It was certainly funny enough to make me giggle the first time I read it but then I actually also like "alehammer" as a name so I might not be the best judge. After all, I come from France and the best crust band we have had for a long time was called Disbeer so this tolerance for beer-related pun could just be a cultural thing (Beerzone did not cut it though). The number of bands with literal references to booze in their monikers over here is truthfully staggering, only terrible puns in "ska" can top off the trend, but to be honest they were seldom good bands so you should not bother. To get back to Alement, well that is really up to your sensa yuma I suppose and how cheeky you like your punk music (the band's members call themselves "axegrinding drunks" too). I know my mum does not like the name much so I suppose their mums don't either. 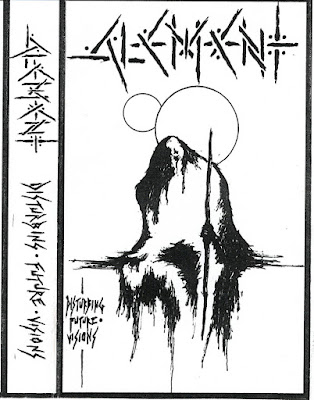 Whether you would be ready to parade ostentatiously at work wearing an Alement shirt or whether you are a cowardly wimp does not matter, because what does is that Alement can rightfully be considered as one of the very best old-school metallic crust bands (aka stenchcore) of the decade. The relative low-profile of the band, from my crust-centered worldview, is rather difficult to understand. It might have to do with the fact that crust is about as popular as Hungarian avant-garde experimental films where I live. Only die-hard cosplayers are into it. In a perfect world, Alement - and experimental films - would be discussed at the family table during breakfast. But I am a dreamer as much as a dream weaver, ain't I? It is not like any crust band nowadays is likely to be endlessly raved about (apart from Hellshock maybe), but still, one would expect Alement to be acknowledged more often as one of the most remarkable crust experiences of the past five years. Perhaps it has to do with them only releasing two proper vinyl records since they started 10 years ago in 2012 (a very respectable lifespan for a contemporary band) in an age when the average hardcore bands tend to release two Ep's (one of which is actually a reissue of the demo) and one album in three years before promptly splitting up and occasionally playing the odd gig overseas. The band also self-released two tapes in that time period and a split tape with Toronto's IDNS but these were very limited pressing aimed at the local punk market. But at the end of the day, who really cares about popularity in our microcosm anyway? Quality must surpass quantity. 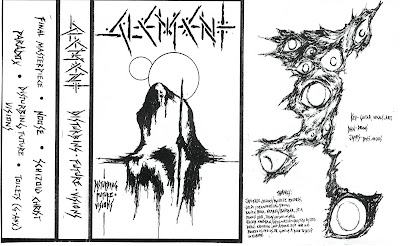 Alement are from Philadelphia, a town that I have talked about in Live by the Crust, Die by the Crust when dealing with Pollen and Mortal War. I have never been there, probably never will - let's get real - and before the 2010's the town was not exactly renowned for quality discore or crusty music, by which I mean that very few pairs of crust pants were spotted in town even by the most experienced ornithologists until then. And then, suddenly, top bands emerged and the emulation process and cell division inherent to the formation of punk scenes ensured that the bands reproduced giving birth to a seemingly stable scene. There are often as many projects as there are participants but it does give an impression of dynamism from afar. Alement are certainly my favourite band from Philadelphia as they are currently the cream of the crop and those self-proclaimed axegrinding drunks clearly progressed since their first 2012 demo entitled Alestorm (of course it was). You can hear that the band started out as a young crust punk band still trying to find its sound, which they did little by little as each recording saw them improve and refine their songwriting skills.

I first paid attention to Alement through their solid 2014 demo tape Against the Howling of Chaos that sounded not unlike a meeting between Misery and Contagium at a 00's stenchcore revival fair with metal-era English Dogs as a DJ and some genuine heavy metal riffs and solos at the bar. Thrashing stench-crust to the max and it was at that point that a noticeable style started to appear. The punk vibe in the recording was also strong which made me closely watch the band. I'll fast-forward to the long-awaited marvelous Hunter Ep from 2017 on Ryvvolte Records, a record that got a lot of airplay at Terminal Sound Nuisance Towers. It was the perfect blend of Contagium's relentless stenchcore fury, Fatum's old-school metallic thrash-crust and Zoe's post-crust brew, with a thick organic, energetic production, shouted old-school crust vocals and great heavy Amebixian atmospheric ballads (with synth!). What made Alement stand out was how catchy the songs sounded in a subgenre that does not value tunes, hooks and choruses enough. Hunter managed, in about 13 minutes, to demonstrate a variety of crust tricks, from the fast rocking Sox-like thrash bits to the mid-paced apocalyptic crust, the eerie introductions or the stenchcore mosh parts (and yes, solos, they do enjoy solos), that turned the Ep into an instant modern classic. They are close to Instinct of Survival's post-stenchcore era in places. This record was ready for their European tour which was where I bought it as I moved my arse to Wien in fucking Austria to see them live with Swordwielder and Visions of War, a classic crust night and a very fond memory. At that top gig I also grabbed the Disturbing Future Visions tape. 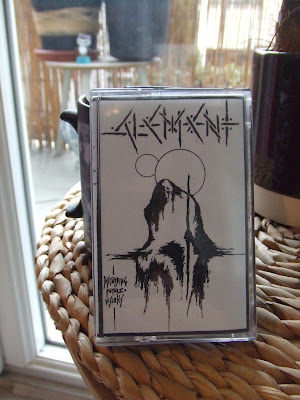 From what the foldout indicated, the tape was a tour-only thing since Alement clearly refer to their coming European adventure in the foldout. The object itself is rather simple, a xeroxed cover with handmade visuals and writings (like the insert and cover of Hunter actually), it conveys the unpretentious spirit of old-school DIY punk even though some might argue that it all looks a little unpolished. Needless to say that I, as a non-posing person, personally love it. No recording date is provided but it was ready for the tour that took place during the summer of 2017. Songwriting-wise, the five original songs making up Disturbing Future Visions are exactly in the same vein and you will find the same old-school, super catchy stench-crust recipe with desperate vocals. In terms of production, however, there is a discrepancy between both sides. The first one must have been recorded during the same session as Hunter as it has that similar thick organic sound, while the other is rawer and dirtier, but on the other hand this other side has a cover of G-Anx which is a great idea (I remember them butchering that one in Wien though). It could have been a mastering or pressing issue for all I know. In spite of this technical issue - the DIY hardcore world is replete with such amateurish minor mishaps - Disturbing Future Visions remains a self-released tape that can't be described as anything but an absolute scorcher that is significantly better than a lot of the crust production of the past decade. If you enjoy Hunter, the songs on the tape as hidden tracks. That the band did not put it on their bandcamp is a crime against crustity but I suppose it was just out of procrustination. Thank fuck I'm here.

Following this Alement recorded another top crust record, the 12'' Ep Onward in 2019 but I have been chatty enough. Will the band finally write a full album one day? 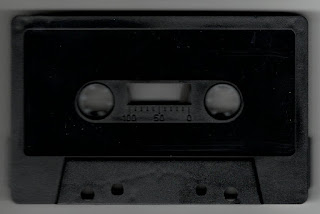 Posted by The Earslaughterers at 11:19