Here we go, let's crust again. As I pointed out earlier Live by the Crust, Die by the Crust is a series that will probably be carried out throughout the year and will focus on new contemporary crust music, works released between 2012 and 2021. After years of - mostly - tackling older bands, I felt the urge to promote modern recordings, not because I have grown tired of writing about old records - I could read myself all day, as you know - but because we are caught between two seemingly contradictory trends that have more to do with global cultural consumptional dynamics than solely with punk music, an ultimately small, if brightly coloured, fish. On the one hand, we have become obsessed with a glorified past as the constant flux of reissues suggests while on the other we engage in an endless race for novelty and the newest hot bands that are consumed impulsively and emphatically before their inevitably quick discardment. There is much room for complaining for a chap like myself. As a result, in order to save punk-rock once again, not unlike Lorenzo "Renegade" Lamas but with less hair and my uncle's moped, I will try to depict the vitality of crust in the past decade with the mighty force of my well-known - and indeed feared - wits so that you will get an excellent idea, the best possible idea in fact since the selection is mine, about what this beloved hardcore punk subgenre has been up to since 2012. And Terminal Sound Nuisance celebrates its tenth anniversary this year so it made sense on that level as well. 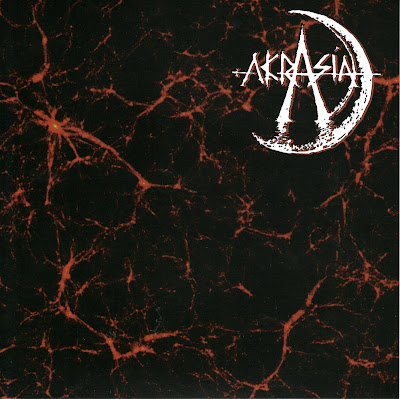 So what about Akrasia then? Despite duly watching out for new crust bands to assess, Akrasia completely slipped under my radar at first, which is extremely odd and even a little offensive and I did have to let my apparently inept scandicrust informant go as a consequence. What makes this mishap even weirder is that I have been following the label, Ruin Nation Records, and always keep an eye on the latest release (well, clearly not in the case of Akrasia but if a lesson should be learnt it is that no one is wholly perfect). On the bright side, since I did not see the band coming and was late to the party, I had no real expectations and was taken by surprise by the existence of an old-school crust band that already had two (!) records out, something of a blissful ignorance which, in 2022 sadly does not happen too often because of my advanced and omniscient crust detector (it is cider-fueled if you must know). In any case, it felt great to meet a relatively established band with all the refreshing candour I could muster.

Akrasia are from Oslo, Norway, and must have formed in the mid-10's. While they are technically a young band, some - if not all - of the participants in this crust-making enterprise cannot be said to be exactly innocent inexperienced newcomers and I am not saying this just out of discourtesy. For instance, my confidential sources (well, Discogs really...) tells me that the singer, aka Offender, a common name in Norway, also growled for the metal band Throat Violence and grindcore machine Whip in Oslo in the 00's, as well as two other extreme acts in Italy (I smartly assume he moved to Italy at some point) more recently, Morbo and Sangue, four bands I have never heard and therefore will not make a fool of myself by commenting. Guitar player "Kraka" however is a much more familiar punk face since he used to play, among others, in Hevn, a strong anarchopunk band from the 00's and the magnificent Summon the Crows, undeniably Norway's best crust band. 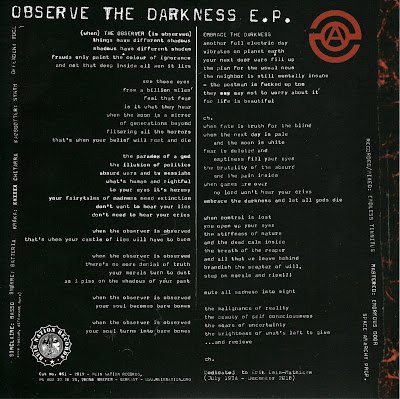 Akrasia play, and I quote, "cataclysmic space crust", a brilliant name for a subgenre of a subgenre of a subgenre. In general, the specialists of such terminological inventiveness are Japanese punks ("d-beat raw punk" is the most famous example but the presupposition that any Japanese d-beat and crust band have coined their own lexical style almost always proves to be true) but I salute this bold and daring move from this wild Scandinavian lot and I personally like the concept of cataclysmic space crust a lot. Observe the Darkness includes two long songs, almost twelve minutes in total, of heavy metallic old-school crust with some psychedelic space rock moments. The length of the songs really allows the band to tell and developed a full story (with an introduction, the setting of a specific atmosphere, a pause, changes in mood, a climax and so on) with each number which places Akrasia in the great crust traditions of epic crust of Amebix, Misery and the likes, a narrative aspect reinforced by the use of a psychedelia-inducing synth which I am a huge sucker for.

The vocals also distinguish the band, they are quite theatricalised and reminiscent of an angrier Tom G. Warrior, which is something of a double-edge sword, but at least can be considered as a welcome change from all the grizzli growls that crust is usually and rightly associated with. While I did not feel the vocals always worked on the First Demons - Birth of the Void Lp from 2017, they perfectly fit here. And actually I cannot find any real flaw to the Ep, it is a brilliant crust record. The space rock influence is present but acts more as an atmospheric tool than a structural songwriting one. I am reminded of progressive crust bands like Morne or the mighty Counterblast, with the potent metal groove of Celtic Frost and late Amebix, a dash of classic Misery and early AGE and a spoonful of Iowaska and Bad Influence trance crust. It reads like name-dropping nonsense but just trust the crust, Observe the Darkness is nothing less than one of the best records of the genre of the past decade. and above all they do not sound like any other bands while still comfortably relying on the classic canonical crust tropes. Both fresh and yet familiar. 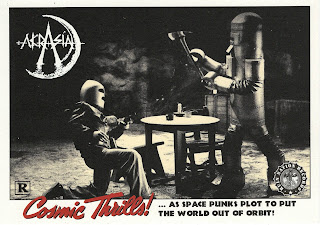 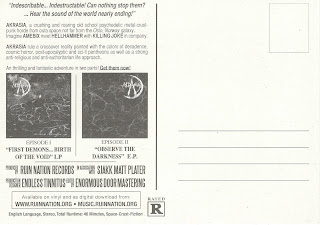 This wonderful Ep was released in 2019 on the ever-reliable and hard-working label Ruin Nation Records that has been going since 1993. It is still available so I strongly suggest you treat yourself and support the label and the band at the same time and actually take a fiver from your wallet and get the thing. Space anarchy propagation indeed. There is a link just below to RN's website comrades. 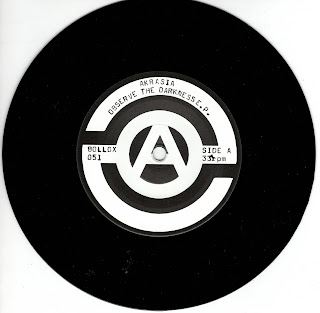 Posted by The Earslaughterers at 11:08