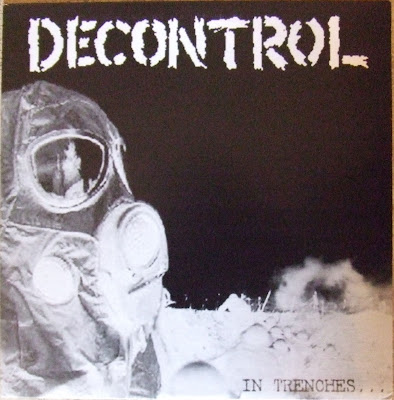 For the past 10 years, punk has become more and more self-referential and self-centered so that now, it is almost uncommon to see a new band that does not nod (the degree of its tastefulness being key to the quality of the gesture) to some band deemed as classic by our modern context. Of course, the fact that even the most obscure hardcore bands can now be found easily online allowed for the worldwide 80's punk-worship that seems to be the norm today. Only twelve years ago, an Italian hardcore-worshipping band or a Spanish raw punk tribute band would have been something of an oddity. Today, it has just become a relatively normal thing. And to be fair, I see this evolution as being part of a much larger cultural phenomenon that goes well beyond the comfortable confines of punk-rock.

This particular evolution is more problematic and ironically complex when applied to the so-called D-beat genre. As I mentioned in the previous post, I like to think that there have been several D-Beat waves, distinct but interconnected in their unashamed self-referentiality. But then, how can a subgenre that, from its inception, had excessive referentiality as an integral part of its DNA become more referential with time? Can you outdischarge Discharge? And should you? Or is this noble quixotic enterprise reserved to Disclose only? Arguably, the mid-90's D-Beat bands opened the gates for this kind of mimicking practice in certain sections of the punk scene (it probably was a shift that also happened in other parts of the hardcore scene that I am less familiar with) and most of its successors had to add something to the recipe (the genre was purposefully generic enough as it were) while keeping the same artistic framework, namely trying to replicate with love and care the formula of a band. This inevitably brings up a crucial question: do Discharge and the most orthodox 90's D-Beat bands have to be the sole guides for a D-Beat band? Of course, Kawakami had a lot more influence than just Discharge (he cites bands like Death Sentence or Diatribe as being inspirational) but the Disclose songwriting never strayed far from the Stoke-on-Trent's map. 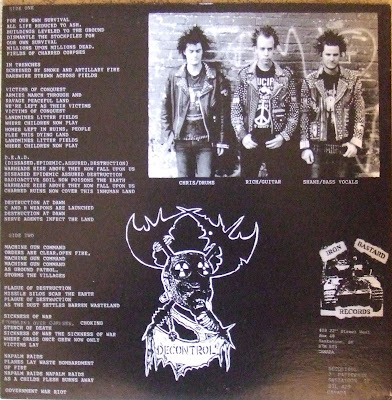 In the late 90's and early 00's, a sensible shift started to emerge amongst the hordes of Dis. A project like Besthöven epitomized that change when Fofao applied the obsessiveness of 90's D-Beat to a larger set of Discharge-influenced influences (not my most elegant phrasing I'll give you that) that included Swedish bands like Shitlickers and Anti-Cimex or Italian bands like Wretched or Eu's Arse. Although not "D-Beat" in the original sense of "Discharge-only music", the attitude and high degree of referentiality definitely made Besthöven fall in the same creative patterns and I would think that Fofao was well ahead of his time 20 years ago and the material written between 1995 and 2004 was a game-changer. In Spain, Mobcharge also widened the mania to the Stockholm hardcore bands in the mid-90's and, a little later, Destruccion took everyone by storm with their adaptation of Discharge through the prism of old Discharge-fueled Spanish hardcore. In the US, Deathcharge (an often overlooked band that had a fantastic ear for Discharge love) wittily wrote a D-Beat Ep in 2001 without playing an actual D-Beat rhythm. Were these bands and records actually D-Beat? On the one hand, one could point out that the tag becomes inadequate as soon as Discharge is not the ultimate blueprint. On the other hand, well, it is just a tag and its meaningfulness only prevails if the band is willing to embrace it. I personally prefer to reason in terms of intent, form and aesthetics when deciding whether or not I find the D-Beat tag relevant to a given band. It is a matter of assumed referentiality, an exercise in style and a way to write music. Of course, Discharge have to remain the basis but I also find it interesting to hear bands trying to replicate and work on the sound of Dischare-inspired 80's bands, and in the 00's the two main other bands that were brought to the D-Beat operation table were Anti-Cimex and Shitlickers.

Decontrol (from Canada) was a band that existed in the late 90's and early 00's and as such, you could say that they arrived late to the 90's D-Beat party but were still too early for the 00's one, but as you know, I am usually a sucker for bands with a sloppy sense of timing. Another thing that I love about Decontrol is that they emerged from a rather unfashionable spot, right in the middle of Canada: Saskatoon. From what I have read, the town is quite isolated and the climate there is not exactly kind (-50°C in winter anyone?), which paradoxically makes it a brilliant place to write solid, tense, heart-felt punk-rock. Originally, Decontrol were definitely influenced, in terms of creative intent, by the 90's wave and the fact that they released a 12'' Ep on Distortion Records in 1998 is a proof enough (it was DISTLP45, 44 being the Wolfpack/Skitsystem split Ep and 46 the Amen retrospective cd). On the surface, the name "Decontrol" should indicate the rather rigid love for Discharge that pure D-Beat requires but this self-titled record was something else in content though it remained D-Beat in its conception: total Shitlickers-worship. A genuinely raw, urgent, fast, simple and very aggressive slice of shitlicking 12 songs in 15 minutes that interestingly pointed to a broadening of influences that would become the norm later on (and often renamed "raw punk", a term that sounds almost as bad as "scandicore"). The same year the band did a split Ep with Portland's Final Massakre (a very interesting early example of a PDX venture into punk referentiality which reminds me of Disfear with an Italian hardcore vibe) that was in the same rough veins. But the real goldmine would be released two years later, in 2000: the "In trenches" Lp. 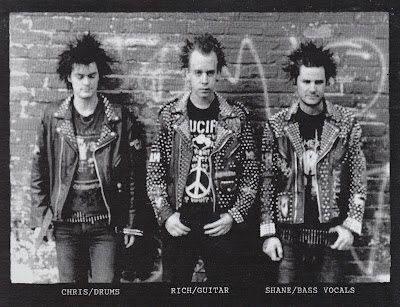 "In trenches" is probably one of my favourite D-Beat Lp's. There is an incredible tension and a relentless intensity that are just not faked in these songs. The band didn't try hard to go for sound like Disclose (which is never easy to do well anyway) but rather concentrated on impact, urgency and intensity which was the right call. From the brute, crude in places, simple and effective songwriting, the thick, distorted, groovy bass sound (the variations in the bass-lines on this Lp should be set as an example for proper Dislove), the sharp, textured guitar sound that never feels heavy and yet is as urgent as air raid sirens, the desperate vocals that sound like Decontrol is playing for their lives while World War Three is about to start... "In trenches" just sounds right and reaches a perfect balance between self-conscious Dis-worship and genuinely angry music. On the Lp, Shitlickers is still a huge point of reference but Decontrol wisely chose to refer heavily to "Why?" (in terms of music, organization and production) and to "Raped ass", which gave the music the crunch that it missed on the previous Ep's and allowed them to use a variety of D-Beat paces. This is exactly what I expect from a top-shelf 2000's D-Beat record as it used the 90's songwriting method but expanded the formula to a few other bands that resonate deeply with Discharge. And it is not so easy to pull it off, Besthöven nailed it on a few of the early 00's Ep's (although with a more pronounced Anti-Cimex vibe) and I feel that on this Lp, Decontrol showed precisely but unpretentiously how it should be done. The follow-up Lp, "The final war" that was released in 2004 on Hardcore Holocaust, was a bit of a disappointment however for its lack of intensity and focus, especially when compared with "In trenches".

And if you like Discheesiness, Decontrol claimed to play "Raw D-Beat Fallout Punk". 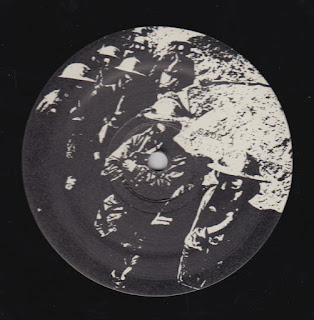 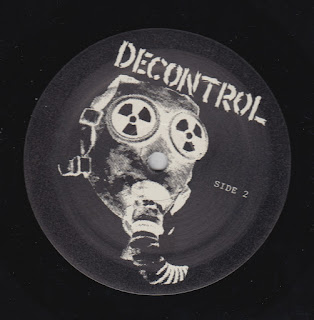 In the Saskatoon trenches
Posted by The Earslaughterers at 16:18