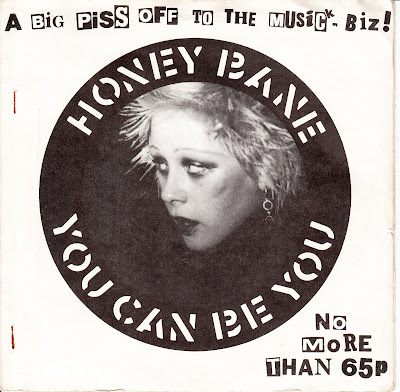 It is a little-known fact that the first band to have a record on Crass Records, outside of Crass of course, was Honey Bane in 1980. But then, it would be a little misguiding to call Honey Bane a "band" anyway.

In fact, Honey Bane was the nickname of the singer of Fatal Microbes, a band that did a split with Poison Girls in 1979 as well as a full Ep in the same year on Xntrix, a label run by Poison Girls. Fatal Microbes belonged to the first generation of anarchopunks and, beside Honey Bane, had Gem and Pete among its ranks who happened to be... Vi Subversa's children! Later on, Gem would co-found Rubella Ballet while Pete would be part of Omega Tribe (and Rubella Ballet as well at some point). Fatal Microbes were a band that combined pretty upbeat pop-punk music (in the British sense) and Honey Bane's really energetic and high-pitched vocal delivery, and garnered some good reviews at the time. Besides, it must have been uncommon to see a 14 year old girl sing about serious matters and not Christmas carol in 1979. But anyway, the story has it that Honey Bane was living at Crass HQ, aka Dial House, after the demise of Fatal Microbes, apparently running from the Social Services as she had been in a juvenile detention facility just before. 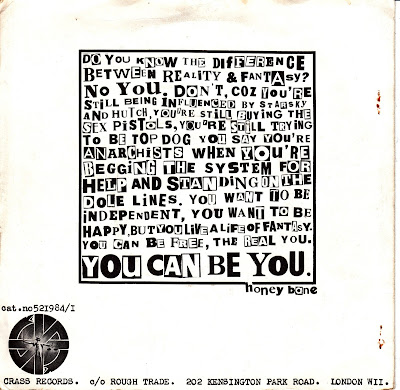 The Poison Girls connection probably made the idea of a record possible for Honey Bane and since she was living with Crass, one could say that she was part of the family at that time. If you have never heard that brilliant Ep, the first listen will result in something like: "Well... it's great but it sounds a lot like Crass!", or even: "OMG it's SO Crass!!! XD" if you happen to be born in the 90's and spend far too much time on facebook. But in any case you wouldn't be wrong, since the backing band was... Crass. This "You can be you" Ep was basically Crass with another singer and songwriter (and they haven't fooled anyone by calling themselves "Donna and the kebabs" on the inner sleeve). So even though it was technically the first non-Crass record on Crass Records, it was nonetheless a pretty incestuous affair. 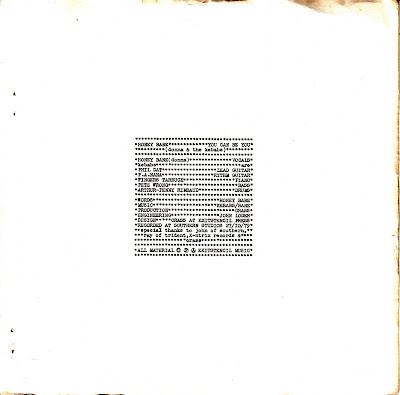 You will also notice that this Ep doesn't have the famous gatefold poster sleeve though it does have the stencil-style lettering. Musically it is a fantastic offering, half-way between Fatal Microbes's indie inventiveness and Crass harshness. It is not completely orthodox punk-rock either since there is some piano on "Porno grows" and some acoustic guitar and (unidentified) horns (I think!) on "Boring conversations". This was recorded just after the incredible "Stations of the Crass" double Lp and you can hear that the band was really tight and still focused on playing top punk songs, albeit in a Crass fashion. The groovy precision of the bass, the militaristic drumming and the distorted, trebly guitar give so much energy to the songs that it is hard not to tap your feet. Honey Bane's vocals are amazing too, somewhere between Dirt and Action Pact, tuneful, potent and yet a little screechy when need be. The instant hit on this one is obviously "Girl on the run", a poignant song about a teenage girl running from home and wandering in London's dark corners. This truly is an unsung punk classic. The song "Porno grows" is a feminist number about the sex industry and pornography while "Boring conversations" is more of a teenage rant on boredom. As was to be a rule for Crass Records, the Ep was produced by Penny and engineered by John Loder from Southern Studio where it was recorded. 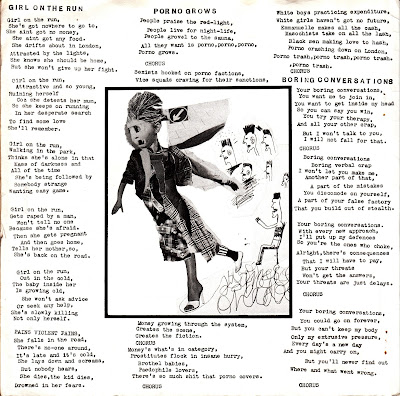 Following that Ep, Honey Bane tried to go for a proper career in the music industry, released some danceable pop music on EMI and even had Jimmy Pursey as a manager at some point. Ironically, Honey Bane's Ep was supposed to be "a big piss off to the music-biz" and the small text on the backcover is a radical statement for liberation and a life outside the system (you've gotta love the anti-Sex Pistols rhetoric though!). 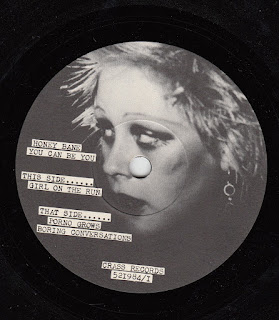 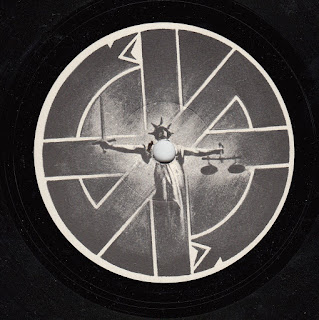 Posted by The Earslaughterers at 21:25