It is hard to believe that it has been more than two months since my last proper review. To be honest, after Sonatas in D-Major, I felt drained, vapid, both uninspired and uninspiring. Of course, like any modern individual who believes in the performative power of virtual validation (the whole "like and be liked" paradigm) and actively seeks it, I was greatly confused by these feelings of self-doubt and insignificance. Why do I bother raving over proudly unoriginal d-beat bands or rough cavemen crust punk that actual cavemen would be likely to find a tad excessive? Does this existential scepticism and fear of irrelevance merely point to a coming mid-life crisis? If it is widely accepted that the average Joe, as he starts to get seriously bald, predictably buys a new flashy car to impress younger potential mates, then would getting some obscenely expensive Japanese punk records the equivalent for Western male punx who are reaching that same critical stage in life and thus have to wave goodbye to full on charged hair? I'm no sociologist but there could be some truth in this theory (it also works with obscure heavy metal and cheesy cold wave from the 80's obviously).

Anyway, faced with the meaninglessness of life itself (oh yes, make no mistake, that is what has always been at stake), I decided to get back to basics for this first series of the year, and explore and revisit a couple of records and bands that, I feel, are underappreciated and you could say that this self-righteous, quixotic quest to promote and offer a critical insight about bands that our current superficial epoch unfairly ignores is at the core of Terminal Sound Nuisance, in that it makes feel somewhat useful and on the just side of History, a bit like a jedi but with a proper punk jacket instead of their hippie robe, although sucking hard at fighting and being shit scared of heights are rather unjedilike.

So, basically, what I mean is that we should have a series about 80's anarchopunk from the British Isles, with a selection of 10 records that were all released between 1985 and 1989, a period that saw the decline of the anarchopunk movement and the rise of hardcore and crust in the UK. With the current renewed interest in the classic anarchopunk sound (although you could argue that the diversity of the movement renders such a concept irrelevant), the focus and attention have often been on the first half of the decade, and while I wholeheartedly enjoy seeing people get into classic '81/'84 bands, there is a relative indifference towards ulterior recordings, sometimes at the cost of overlooking genuine anarchopunk classics like Political Asylum's Winter. 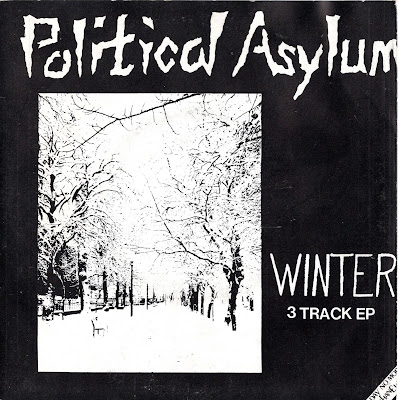 It would be untrue to claim that Political Asylum were an obscure band back then and the mere fact that they were included on so many - usually homemade - compilation tapes in the 80's shows that they were a well-liked and rather popular band at the time, one that managed to sell 6000 copies (!) of their first demo tape, Fresh Hate. If Winter was PA's first proper record, they had recorded two demos before that, the aforementioned Fresh Hate in 1982 and the rather fantastic Valium for the Masses in 1984. It may look quite odd for a band to wait that long before releasing their first vinyl, especially at a time when anarchopunk was lively and at its top, and far lesser bands than PA got to have records under their belt. But then, if you manage to get your tapes around efficiently, tour a lot and get your message across, why bother doing a vinyl if you don't really need to (and I guess being young Scottish lads didn't exactly help either)? In our present day when more and more bands can release a full album before having even played ten gigs, the idea of taking one's time to put out a vinyl almost sounds blasphemous, but I suppose that many youthful anarcho bands of the time were just not as materialistic. Shame on them.

Despite the anarcho/UK82 trend that swept through the last decade and saw relatively confidential bands like Vex or The Mad Are Sane retrospectively gain a virtual cult status, PA, although one of the most important Scottish anarchopunk bands along with Oi Polloi and Alternative, are rarely discussed and, I suppose, seldom listened to (Valium for the Masses is not even on youtube, for that matter). At a time when self-proclaimed cool kids are prone to wear shirts from even the most obscure 80's anarcho bands, I have yet to see a PA shirt, a clear sign of a slight contemporary indifference toward the band. If they are a genuine classic anarchopunk band, PA never sounded like what we modernly reconstructed as "the classic anarcho sound". In fact, PA, with their overuse of vocal harmonies, their endless guitar solos, genuine prog rock moments and a folk influence, sounded like no other band and that's precisely what I loved about them. I remember being really confused the first time I heard them. I had ordered a cdr online and did not know what to expect as I was only aware that they were an anarchopunk band from the 80's and that was why I wanted to give them a go. I shall not palter with the truth and readily admit that the out of control technical solos almost killed me and in other circumstances would have had me burning the cd and calling for an exorcist, but there was a sense of melody, an incredible tunefulness and an intensity to the songs that compelled me to keep listening. Of course, they also had punkier songs that were easier to relate to (like "Disarm or die" of course), but the ones that really stuck were the moodier, darker ones. And I couldn't believe they just shamelessly ripped of a Black Flag line. I suppose it is the band's uniqueness that both made them quite popular at the time and rather unpopular nowadays as we always crave for comprehensible styles that can be pigeonholed, and while it makes sense to do so with the d-beat genre for instance, you cannot really do that with PA and with large fractions of the 80's anarchopunk world. 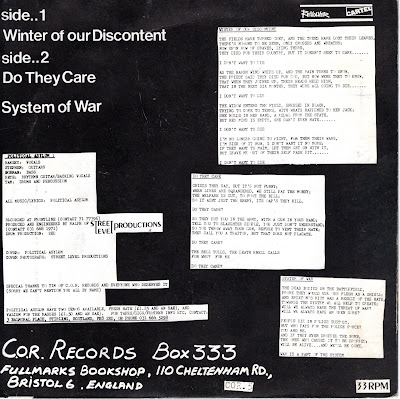 I am not going to write about the band's history as they are well documented (their chapter in The Day the Country Died as well as the booklets to their cd reissues come highly recommended and showcase Ramsey's witty sense of humour). Suffice to say that Winter is one of my favourite anarchopunk Ep's of the 80's. It just has everything I look for in an anarcho record, it is angry and yet melodic, melancholy and yet strangely uplifting, the lyrics are political and sensible, the harmonies are perfect to sing along to it in the shower and I have even grown to like the epic solos. Winter may not really be classified as a punk-rock record nor is it a postpunk one, and I guess it effortlessly transcends genres without ever sounding artsy or even intentional. The song "Winter of our discontent", an obvious reference to the Winter of Discontent of the late 1970's, is a poignant antiwar ballad (I guess the term is somehow fitting) with plenty of harmonies and solos (the PA trademark) and an instantly recognizable opening. An absolute anthem that is authentically emotional. Ace. The next song, "Do they care", is a bouncy punk-rock number with a great vocals, a simple but highly catchy chorus and an eerie atmospheric moment toward the end. "System of war" is another beautiful, moving punk ballad that even the excessive use of solos cannot spoil. The folk element in the music can definitely be felt in the songwriting and in the ways PA conceptualized their two slower songs and there is an acoustic version of "Winter of our discontent" on 1992's How the West was Won 10'' which makes a lot of sense. The two issues I have with this Ep is the use of a drum machine (the cymbals were laid down afterwards) that sometimes sound a little unnatural and too mechanical and don't fit perfectly with the very organic and warm vibe of the songs, but I concede that it might make the Ep even more unique and different. My second issue is that Winter will always be the name of an Amebix record for me.

Winter was recorded in early 1985 and released on Bristol-based Children of the Revolution Records, of which it was the fifth record (right between AOA's Who are they Trying to Con? and Potential Threat's Brainwashed). If you have never heard PA, today is your lucky day. Just imagine a fusion of Zounds, Chron Gen and Lack if Knowledge with a folk music vibe and a prog rock guitar player. Or maybe just listen to Winter and feel the unstoppable power of the harmonies. And sing along my friend, just siiiiiiiiiiiing. 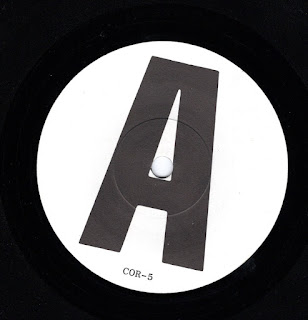 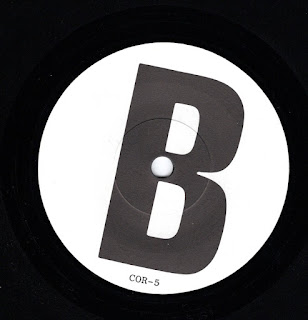 Winter
Posted by The Earslaughterers at 09:48